I was thrilled to be asked by the US Consulate in Chennai to visit them to take part in two days of programming on the topic of marine debris. It was a whirlwind trip. I flew early on Tuesday to spend two full days on Tuesday-Wednesday sharing on my topic, then flew back on Wednesday night. They packed so much in and it was really lovely to have the experience.

The trip began with a delayed flight– never to be explained or remarked upon in any way by the airline. Thankfully I sat near a local in the airport and she was kind enough to answer my questions so that I felt reassured I wasn’t in the wrong place. Even a two hour delay makes a big difference when on a tight schedule, and because I’d requested only having one night away from the family, this schedule was very tight. Eventually, though, I made it to Chennai.

First I visited the National Center for Sustainable Coastal Management at Anna University, Chennai where they welcomed me for a presentation to their faculty (above). It was a really fun experience presenting my work and the preliminary results from collections here to a group of experts on marine and coastal science. We had tea after, which allowed a bit of time for talking and meeting the researchers.

Then it was off to the consulate for lunch–  I’d met some of these folks at the Fulbright conference, so it was nice to reconnect with their Public Affairs office. The consulate building also includes the United States-India Educational Foundation (they administer the Fulbright) and so it was great to see the people who have been supporting us here in Trivandrum. It was also nice to be on American soil for a couple of hours. I admit, I got a little teary at the thought.

The first day ended early because the second day began VERY early, with a 7AM cleanup event scheduled with the amazing crew from the Environmentalist Foundation of India. 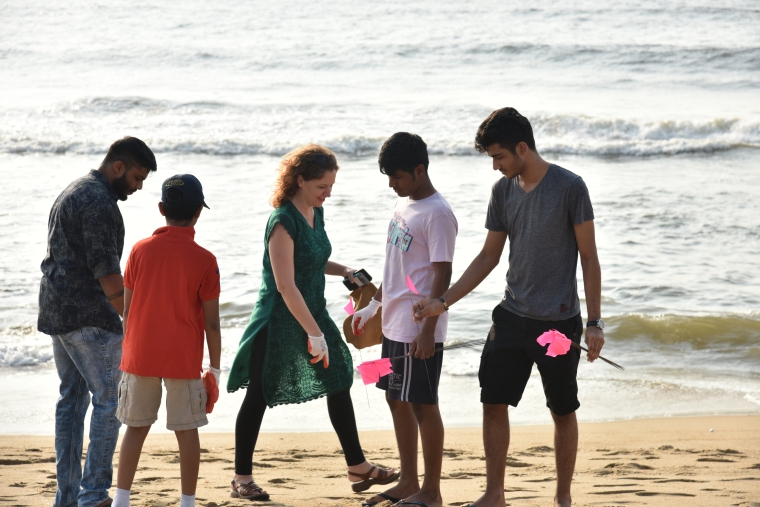 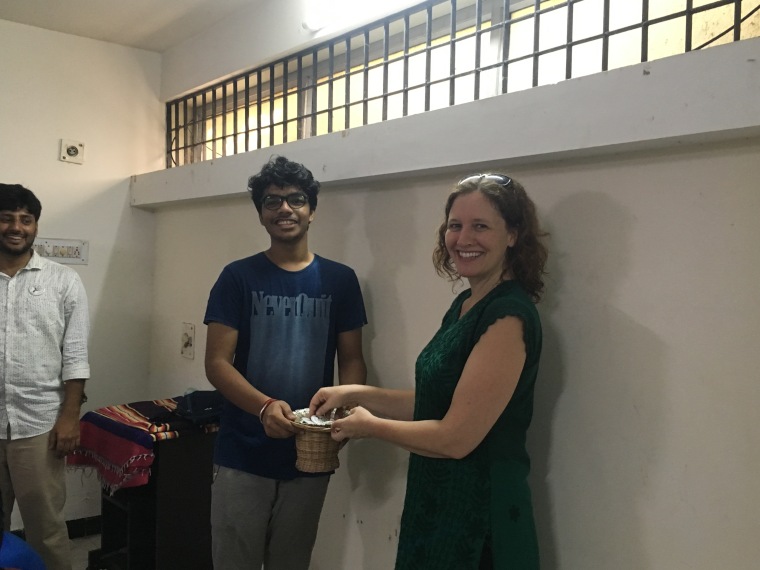 This included a quick cleanup on Sreenivasapuram Beach– one of the cleanest beaches I’ve seen in India so far. I have no doubt that this is due to the diligent and persistent cleanups organized by EFI’s fearless leader Arun. Then we returned to HQ so that I could lead an informal workshop on how to sort the debris and report on the totals. They even gave me an official EFI button!

It was inspiring to see so many young folks mobilized for the cleanup.

After the cleanup I returned to my lodgings for a bit of a rest before returning to the American Center at the Consulate to enjoy a discussion and presentation with the talented PaperMan (Matthew Jose) of India. Matthew is working to improve waste and recycling markets in India to ensure materials are re-used instead of becoming debris. Matthew and I had a discussion about debris and then co-led a workshop with students on re-envisioning Chennai beaches. It included a combination of environment and architecture students, so I really appreciated the way they melded disciplines to solve problems. 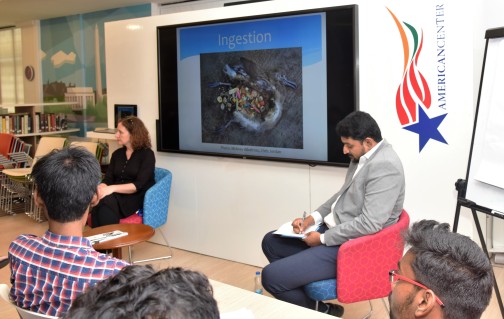 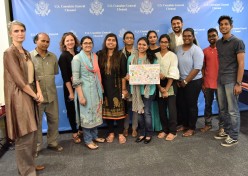 Then I was interviewed by the Times of India, but I’m afraid the election was MUCH BIGGER NEWS than little old me! Here’s the clipping that was shared with me by the consulate, FWIW.

and it cuts off there… so unless they post this online at some point, I may never know how it ends.

The trip ended with me flying back to Trivandrum without delay and making it home before bedtime to see the kids.  Can’t complain about that.